The first and the most important thing you should do is deciding which foot you are putting forward.

The best way to find out which foot to put forward is by putting yourself in a hypothetical situation like when you are on a slippery surface and suddenly you have slipped, what foot would you put forward to protect yourself from slipping? The foot you put forward would be the foot to stance your ride. The left food is called regular and the right foot is a goofy trick.

In case you can use both the foot to stance, eventually, you will find comfortable with either of them. It would not take much time to try out each stance. Few skateboarders utilize one stance while doing street skate and they use the opposite stance when it comes to transition skating. It might take some time, but in the end, you will get used to using one foot to stance. 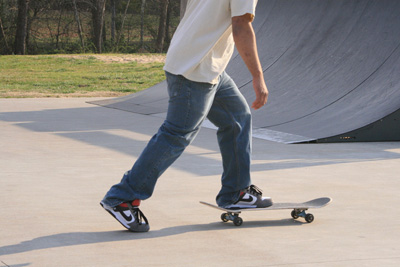 Skateboarding for the very first time could be both thrilling and an intimidating experience. You might face many difficulties initially, but once you master it, there is no stopping from skateboarding. But first, you need to practice.

Learning the tricks to ride a skateboard is just like learning how to begin riding a bicycle. The only difference is, on a bicycle you have brakes but, in a skateboard, you are going to have to use your foot to stop the skateboard.

The following are some of the simple steps on ‘how to ride a skateboard’ that you can try by yourself. 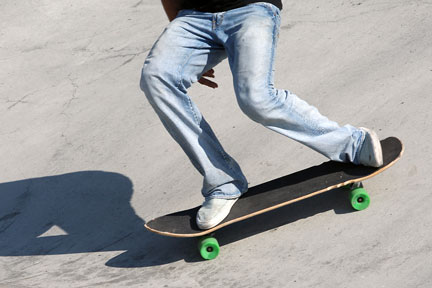 After learning to stance, it is time for you to learn how to push. When it comes to pushing, it is simple. Just walk to the skateboard, step one of your foot on it and use the other one to start pushing. If you do this, it will be easier for you to decide your stance. If you have a regular stance, you can use the left foot to stand and use your right to push forward and if your stance is goofy then it will be vice versa.

One thing you should remember when you use your straight back foot to push, your other front foot should straightway the face front. But, if both your foot are on the skateboard, you should turn the front foot sideways.

You can find two different types of turning. One is carving a turn and the other is kick turn.

While carving, your shoulders should be parallel along with the skateboard. This will help you go straight. If you want to carve the front side, then you should open the shoulders as you lean on your other side. If you want to carve backside, you should turn your shoulders and lean on the toe sides simultaneously. At first, you may face a problem, but in the end, you will begin to be able to carve proficiently in both ways.

If you want to master skateboard riding, you should practice all the time. You can practice by riding everywhere in your neighborhood. This will also help you get comfortable with riding and control your fear of riding.

No matter what type of skateboard you use, either wooden, plastic, or electric skateboard, the above steps are similar for all beginners.

Hoverboards for Beginners – Learning to ride

You’ve bought a great product from Sydney Hoverboards. Now it is time for you to take out your hoverboard... read more

Hoverboards have been voted the best mobility device in 2016 and have been gaining popularity since then. They have... read more

Self balancing scooter is fun to ride. Many wonder how it works and what the mechanism behind it is.... read more

Hoverboards or Segway scooter has been the “buzzword” for quite a while now, and with Christmas just around the... read more 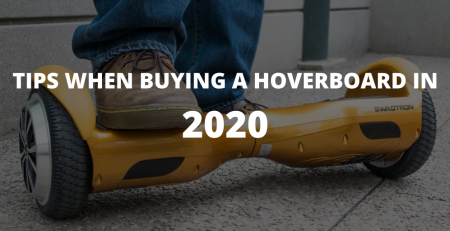 Tips When Buying A Hoverboard in 2020

Hoverboards, also referred to as the Self Balancing Scooter consists of 2 motorized wheels which are well connected with... read more

Why Electric Scooter Is So Popular Today?

With the increase of pollution in the environment, it has become quite vital for each one of us to... read more